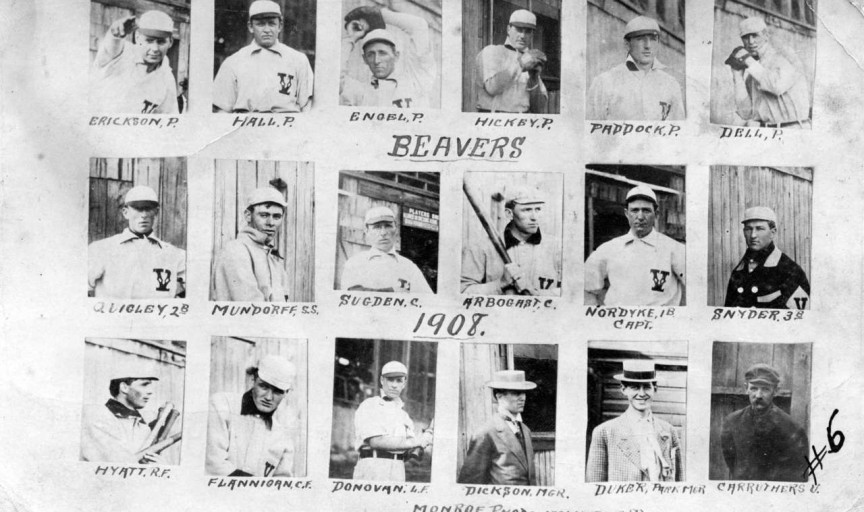 In 1908 Vancouver’s baseball team changed its name and its fortunes. The Vancouver Beavers were top of the league in 1908, and would keep their new name until 1922 when the Western International League folded. The team was largely successful throughout its existence, winning the league pennant in 1911 and 1913. Bob Brown joined the team as manager in 1910 and would be hugely important in the development of baseball in Vancouver for several decades.