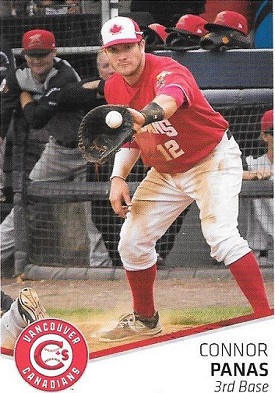 The Vancouver Canadians just released their 2015 Team Set of baseball cards which is available at the Team Store at Nat Bailey!

Baseball cards have been produced for teams in Vancouver for over 100 years, the first set being the 1910 T212 Obak Tobacco Cards, which featured the Vancouver Beavers. 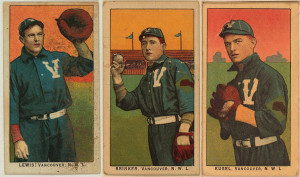 After the Obaks, two of the other most well known sets for Vancouver Teams are the 1932-38 Peanut Cards which were given out in packs of peanuts at Athletic Park, and the Popcorn Cards of the Capilanos in the 1950s. 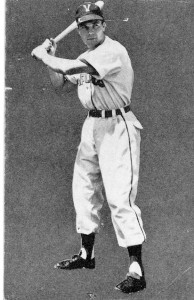 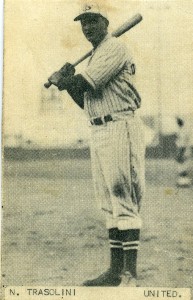 Aside from these three major sets, the only other major offering of cards for Vancouverites comes from the Canadians, who put out a yearly set (bonus points to the person who can list what year(s) the Canadians didn’t put out cards in the comments).

This year the 2015 set contains 50 cards, which is 10 more than last year. Another change as well, is that players who were selected to the All-Star gave this year have a “2015 All-Star” icon on their card. Local BC boys Tom Robson and Justin Atkinson both have a card in this years set which will offer many fans their first opportunity to get cards of both. 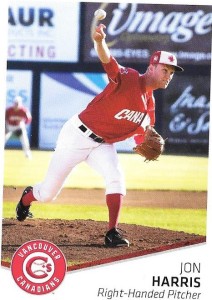 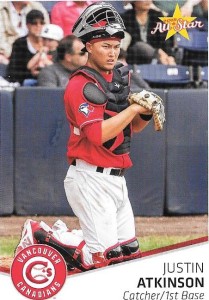 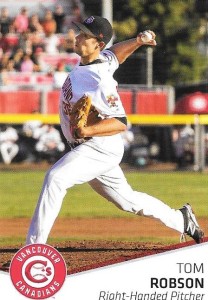 What do you think of this years cards? Are you going to buy a set? Let us know!